I help create these vignettes that appeared between songs, creating a sort of bizarro story that included good times, aliens and well... living on the high road.  There was quite a bit of work done as the idea was to also have Snoop and Wiz with giant heads and it took place in a fictional CG world. I helped with setting up the shots for the green screen shoot, then worked alongside a few other animators using mainly After Effects and a lot of the Element 3D plugin to get this project out in time. I also used Cinema 4D for the opening logo.

Unfortunately, since this was for a live show, there's not much footage of the work we did to be found on the internet.  I've included a few stills... 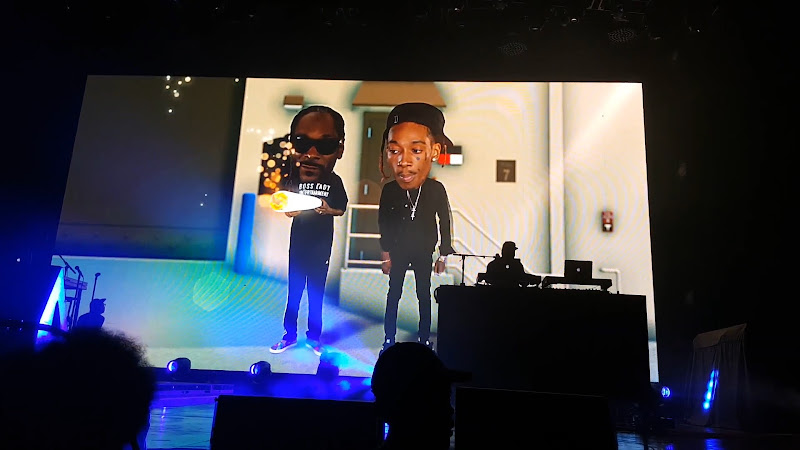 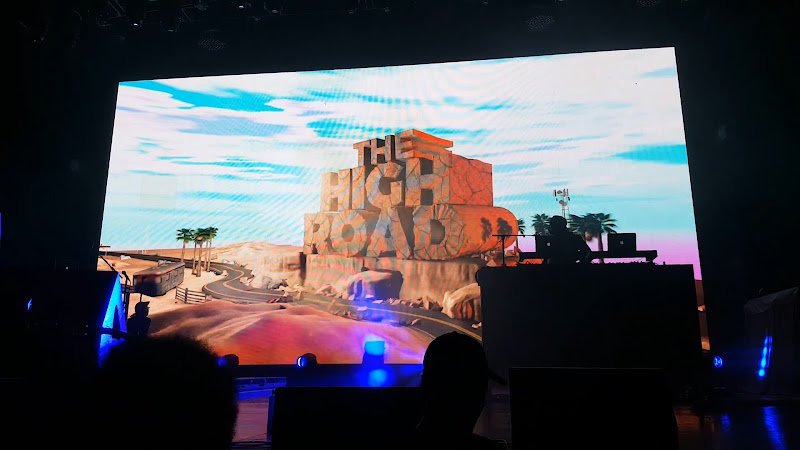 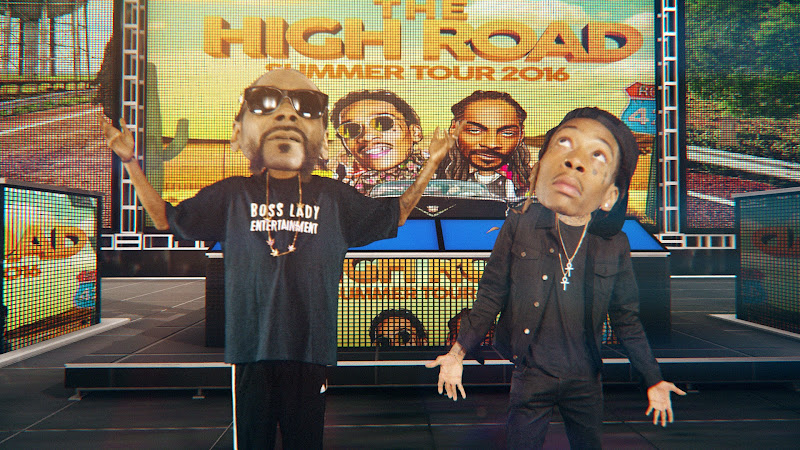