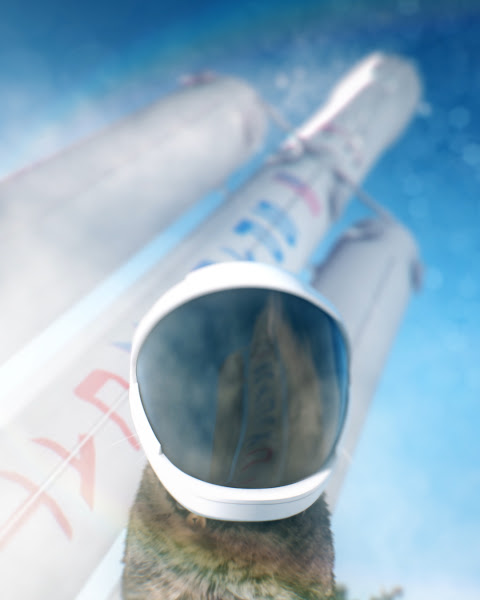 Boldly going where no cat has gone before.
The ultimate cat trip.
An epic drama of adventure and feline exploration.

I had fun with the script. The original idea had a more Planet of the Apes ending, which came away too much on an apocalyptic note. So, I rewrote it and concluded this upbeat and funnier ending worked much better. This was a fun break from the other videos, as it also attaches itself to a different audience, and I felt that I could push the ridiculousness even further. I set out to make a space opera of sorts, so of course I had to acknowledge 2001: A Space Odyssey.