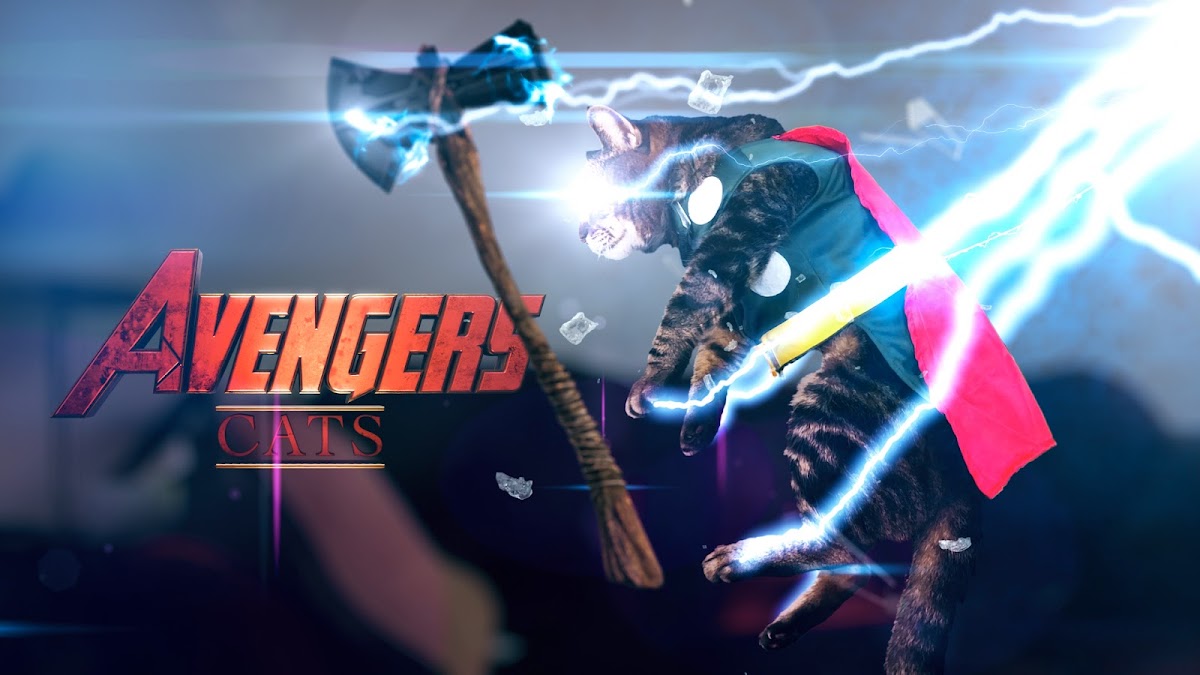 These cat Avengers decided to take the universe's fate into their own paws.

Probably the most ambitious of my cat videos, and so far, the longest.  I'd say it took about a few months over the span of half a year to make.  With Doctor Strange Cat and Ant-Cat and the Wasp-Cat already out, I decided it was time to do the Avengers Cats.  The hardest part was thinking which Avengers to use and leave out.  There's a balance and so much you can do, when you add this cat or that cat to the mix. I knew what key events wanted to happen and it didn't really have room for more Avengers.  Sorry Captain America.

The hardest shot in the entire piece was the Iron Man/Hulkbuster shot.  I think it took 30+ hours to render the dolly shot from Cinema 4D. Luckily, I got it right on the first pass.

For the first time on one of my cat videos, I decided to sound design. An action-packed video with minimal dialogue and on set audio... boy, there was a lot to do. So, I got to work and exercise my film school knowledge and previous sound editing skills. Sent the final mix to be mastered by Luke Bechthold, and... Voila! The rest is history.

Is there another Avengers Cats video in the works?