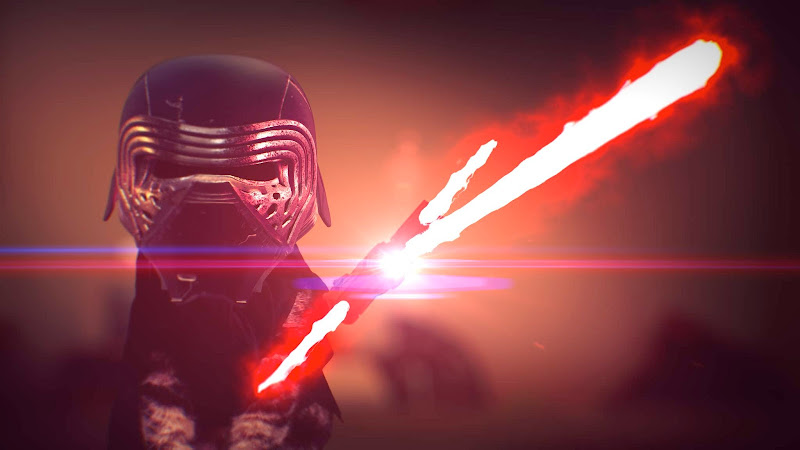 Kylo Ren Cat hunts down one of the last Jedi in this action-parody Star Wars video.

This video changed quite a bit from script to the finished product.  I wanted to make a spiritual successor to Darth Vader Cat, and I think it captures the familiarity of that video. There originally was a sequence that happens before the start of this video. It was all shot and edited with VFX all complete, too. Ultimately, it was cut out, because it almost felt like two movies. Perhaps, I may use that for another video.

Now, I wanted this to be set at night, so that it could have a certain look compared to my previous videos. The tricky thing was, since I'm shooting off of an iPhone (which isn't the best in low light), I would have to do a day for night shoot. So, most of this video is shot in the day time. But that's not the tricky part.  It was integrating the light saber effects with the day-for-night coloring. I did a test with day-for-night coloring with the FX complete, but that just dulled all the glow effects of the saber. I what found out that worked best, was integrating and layering the day-for-night coloring while doing the light saber effects.  It was a pain, and killed my render times, but the color came out great.

I can't believe this is only the second Star Wars Cat video I've done.